In this article, we will consider the Price action strategy for binary option trading on the BINOMO, IQOPTION, OLYMPTRADE  platforms.

Today we will get acquainted with one very simple but reliable setup that can provide about 80% of successful trades without a single indicator . To do this, we will use the Absorption Model , already known to you , but with some improvements. As always, the most valuable things are in the little things. 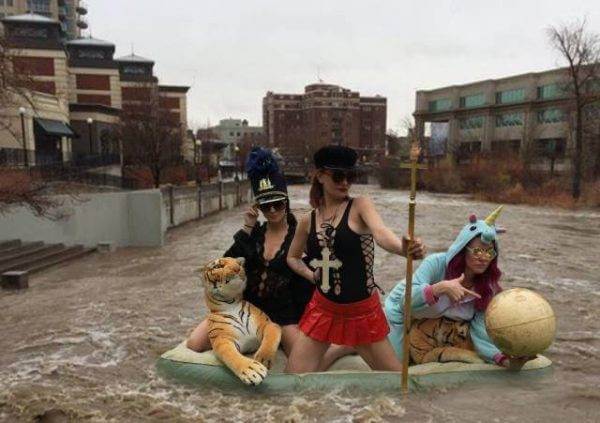 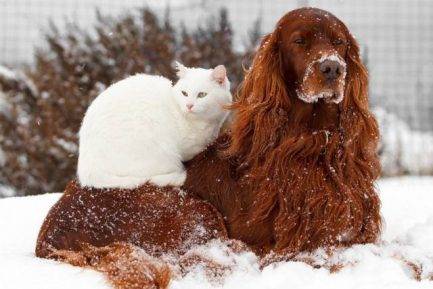 The strategy is based on the well-known candlestick pattern – the Engulfing Model (also called the Outside Bar). Moreover, the strategy does not use a pure model, but its modified version.

In the traditional view, the engulfing pattern consists of two candlesticks, where the second (outer) candlestick completely overlaps the previous one with its maximum and minimum. This is the essence of “absorption”. 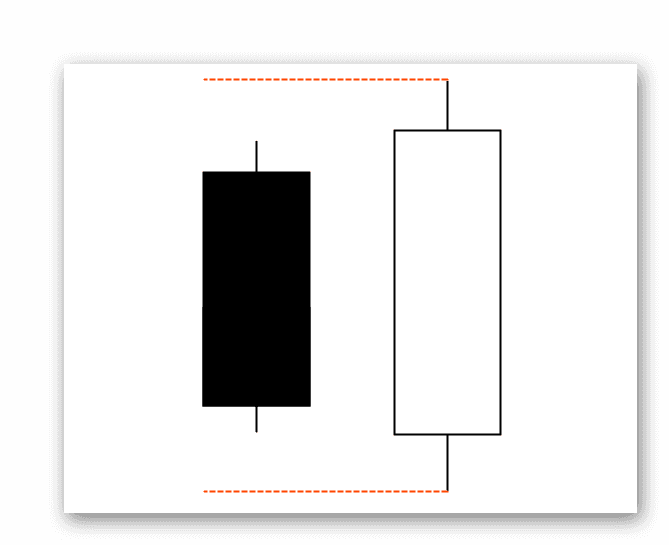 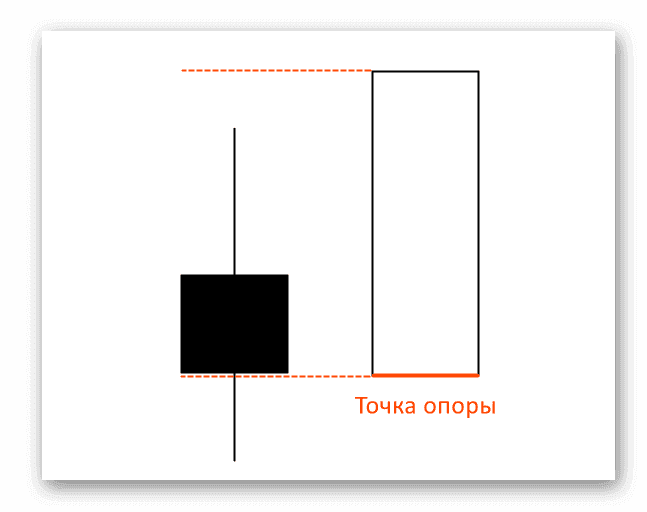 The absence of a shadow near the opening price is a sign of strong price momentum. In this case, the opening price of the outer candle must coincide either with the body of the previous one, or with its maximum / minimum. 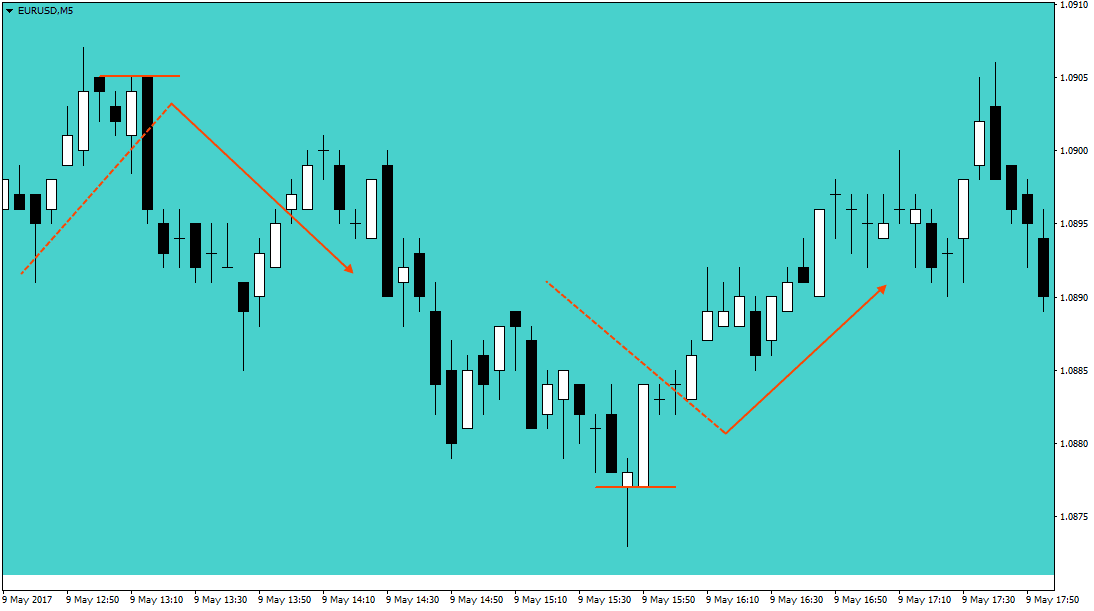 This pattern gives the price a strong momentum, but for a short period of time. This is the reason for the choice of a small timeframe and short expiration . This is the main difference from the classic Price Action model designed for large periods. In general, the classic outside bar has a more loose formulation, when the size of the body and the presence / absence of shadows play a key role for the strategy under consideration.

It is also important for a strategy to have sufficient volatility , so it is better to refrain from trading during a calm market. For the same reason, it is better to concentrate on trading major pairs, given that popular pairs are known to have more liquidity . The European session will work for most currencies, but some pairs are more active during US trading. 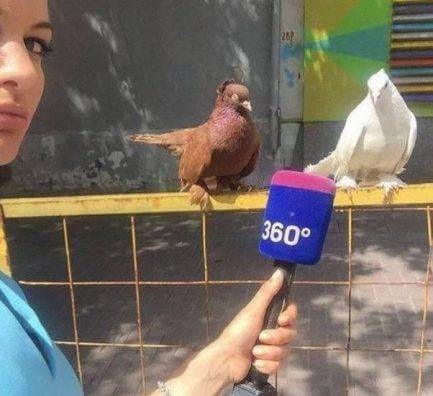 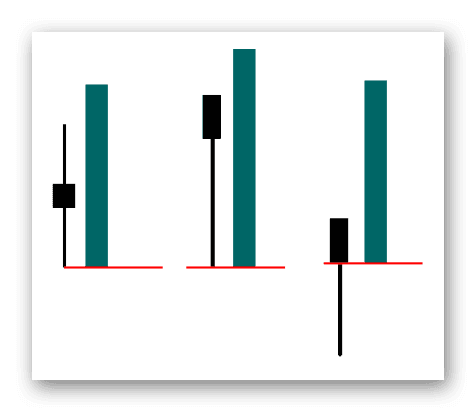 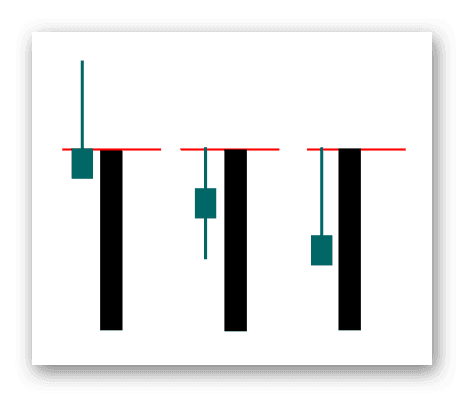 Having identified the formed pattern on the chart, we buy an option of the corresponding direction. Expiration time 2-3 candles, depending on market activity. If trading is sluggish, it is better to increase the expiration time. 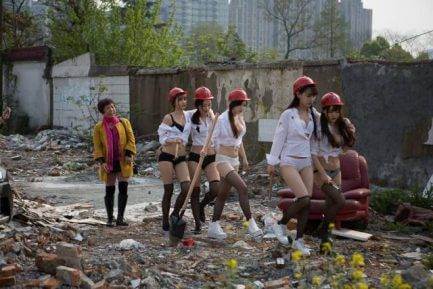 Before starting trading, I recommend installing any indicator of trading sessions so as not to miss the time of active trading. For the EURUSD pair, for example, the London Stock Exchange opening hours are best, with the opening at 10:00 and closing at 19:00. 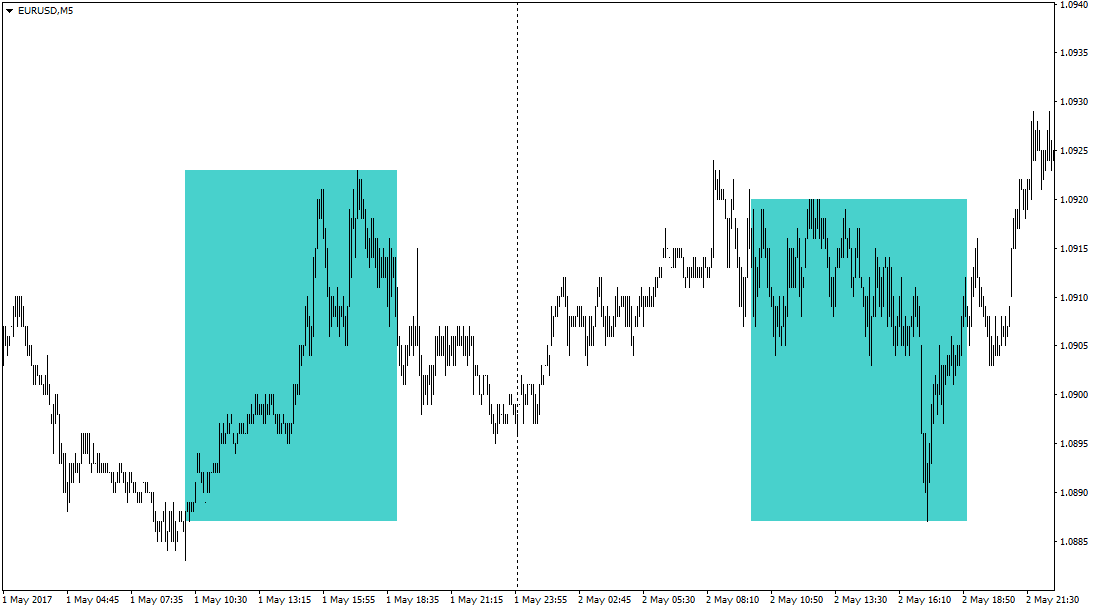 So, the first thing we are looking for is the formation of a candlestick with a very small body and a long shadow – any Doji or Pin bar candlestick will do . Then a candle with a large body is formed, completely covering the body of the previous candle. At the same time, on the chart, we see the coincidence of the open prices, which works towards the upward impulse, strengthening the reversal signal. At the opening of the next candle, buy a Call option with an expiration of 15 minutes (3 candles). 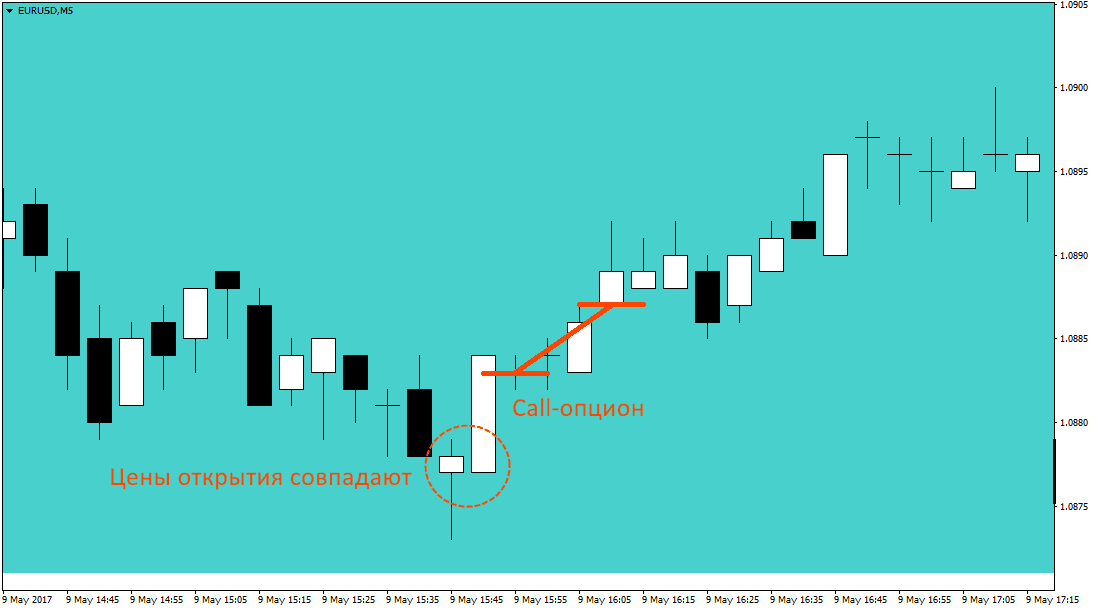 Here we also see a complete overlap, but, in this case, the second candlestick is black, which means we will bet on a decline. An important point is the coincidence of the high of the first candlestick and the opening of the second one. Thus, a resistance level is formed , which strengthens the downward impulse. At the opening of the next candle, open a Put option with an expiration of 15 minutes (3 candles). 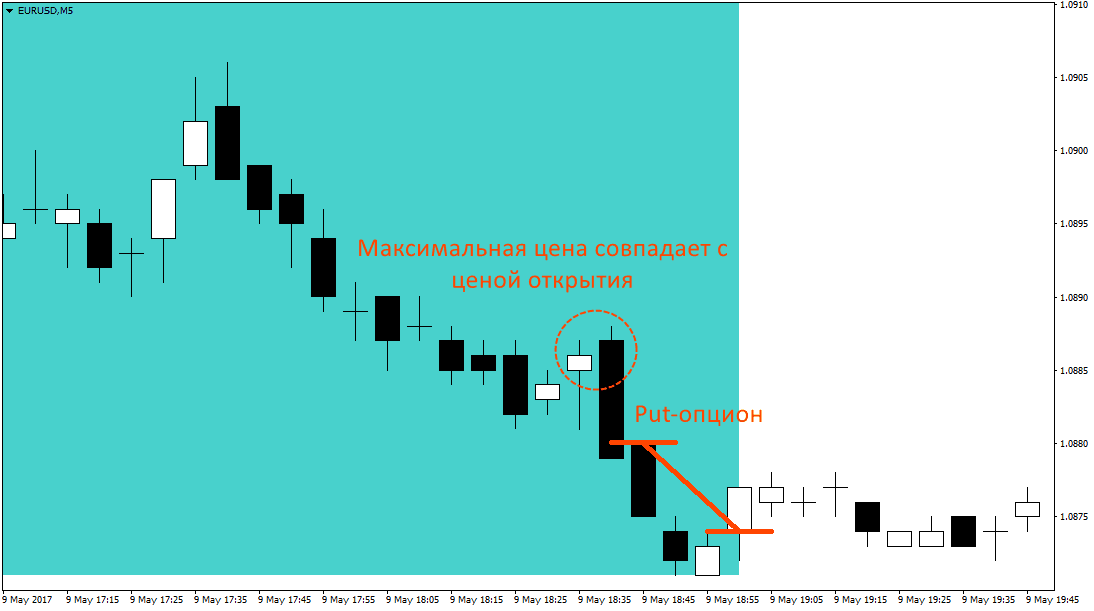 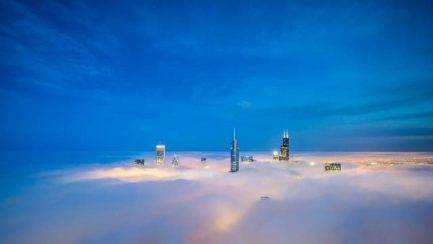 Despite its apparent simplicity, the strategy is based on tough psychological motives, the topic of which has been touched upon in many famous books on trading. If you understand the stated language, the behavior of traders can be predicted with a fair degree of probability, having only the information that the market gives us. In this regard, traders can be compared to translators who try to understand the exact intent of the market using quotation language.

How useful is the publication?

No ratings yet. Place a rating first.

0
() In this article, we will consider 11 trades on the unique Massaniello system

0
() In this article, we will look at How to trade Binary Options on

0
() In this article, we will look at How to Apply Pivot Points in

0
() In this article, we will consider the Strategy for trading gold binary options