In this article, we will consider the Strategy for trading gold binary options for trading on the BINOMO, IQOPTION, OLYMPTRADE trading platforms.

Investors from all over the world often choose gold (and in some cases, silver) to protect capital in the long term. Inflation, geopolitical influence and the instability of the national currency are the main reasons why they choose this asset as a financial haven. 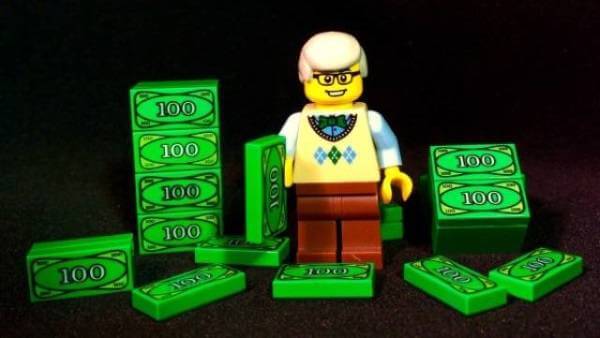 However, in recent years, the role of gold has changed somewhat, and the mere presence of the yellow metal in the investment portfolio no longer provides the same level of security as before. That is why speculation on the gold rate is gaining great relevance now. Binary options are an excellent platform for making quick trades in order to make money on rate changes. Next, we will try to figure out how to trade gold in Binary Options and analyze a strategy designed specifically for this tool. 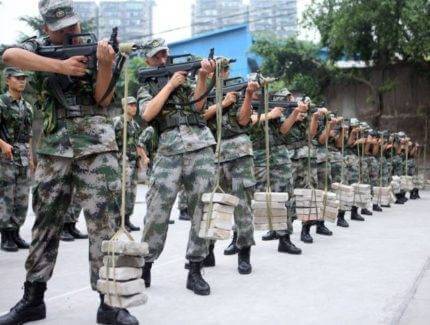 It is customary to express the value of gold in terms of the US dollar, therefore, on the spot market, the instrument has the ticker XAUUSD. If you look at the historical price chart, it becomes obvious why gold has always been considered an excellent risk hedging tool . However, the continuous ten-year rise in the value of an ounce was interrupted in 2011. At the moment, the rate is slightly below $ 1300. At the same time, the cost of one ounce reached $ 1900. 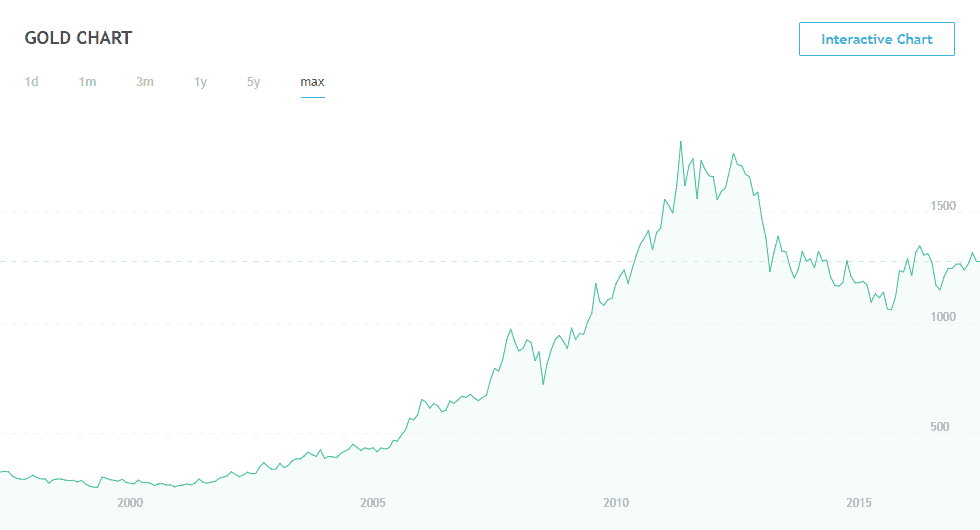 The US holds an impeccable leadership in terms of gold and foreign exchange reserves, followed by Germany. Partly for this reason, the US dollar is the main reserve currency, and the euro is in second place. But, in addition to vast gold reserves, the United States also has a large number of large international financial corporations, which allows the united states to exert a significant influence both on the exchange rate of gold itself and on the exchange rates of other countries.

Binary options greatly simplify the calculation of risks. Gold is a very volatile instrument, and therefore the target level and loss limitation level must be calculated accurately enough. But, when trading binary options, only the direction of the price matters, and not how many points are passed.

Traditional graphical analysis works well on gold . For example, round levels work well , like: 1100.00, 1200.00, 1300.00, etc. The truth is not being fought back quite accurately, therefore, it is not the level itself that should be taken as a starting point, but the area around it, about 50 points above and below. 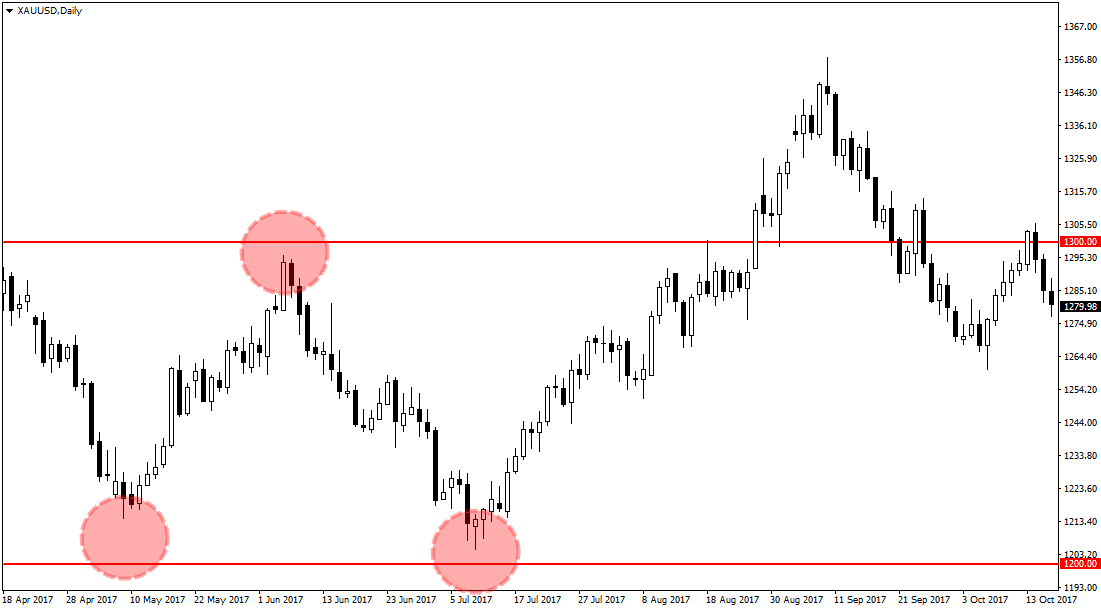 Another advantage of the instrument is noticeable and often predictable false breakouts . For example, here we see a breakdown of the 1200.00 level with further confirmation of the candlestick closing behind the level. But, after that, we see variations of the Morning Star pattern, which tells us about a likely reversal. Thus, we can get out of a deal that has no potential in advance, or not enter it at all. 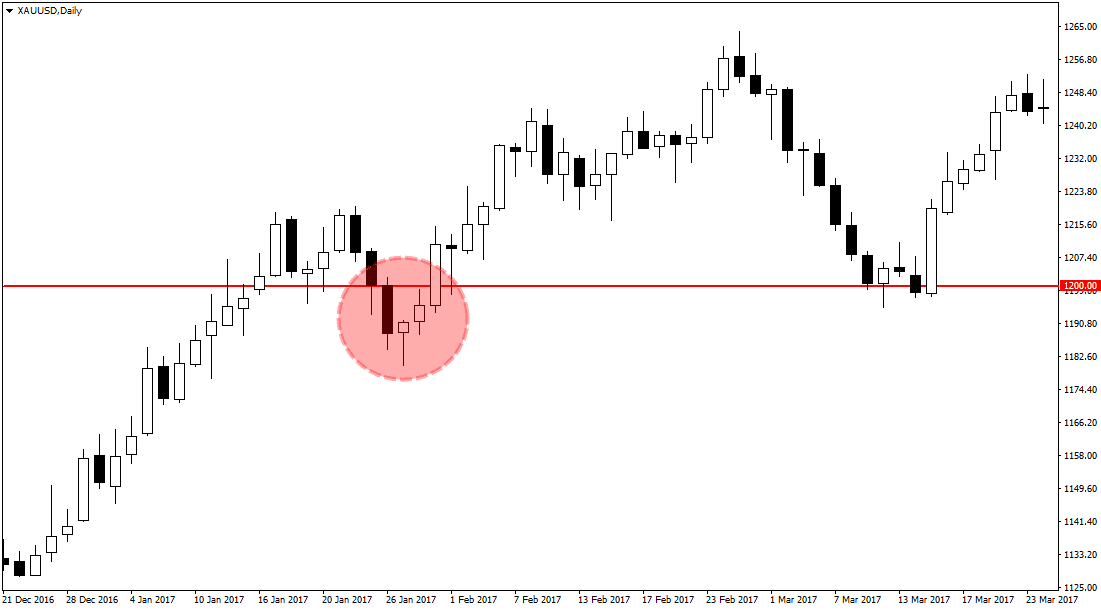 Fibo levels work well , the correction almost always corresponds to 61.8% or 38.2%. Paired with round levels, rebound prediction is greatly simplified. In this example, the correction of two wave levels completed at 60% of the previous movement. The third wave on the chart ended near the round level of 1300.00, which again confirms the benefits of using both approaches in symbiosis. 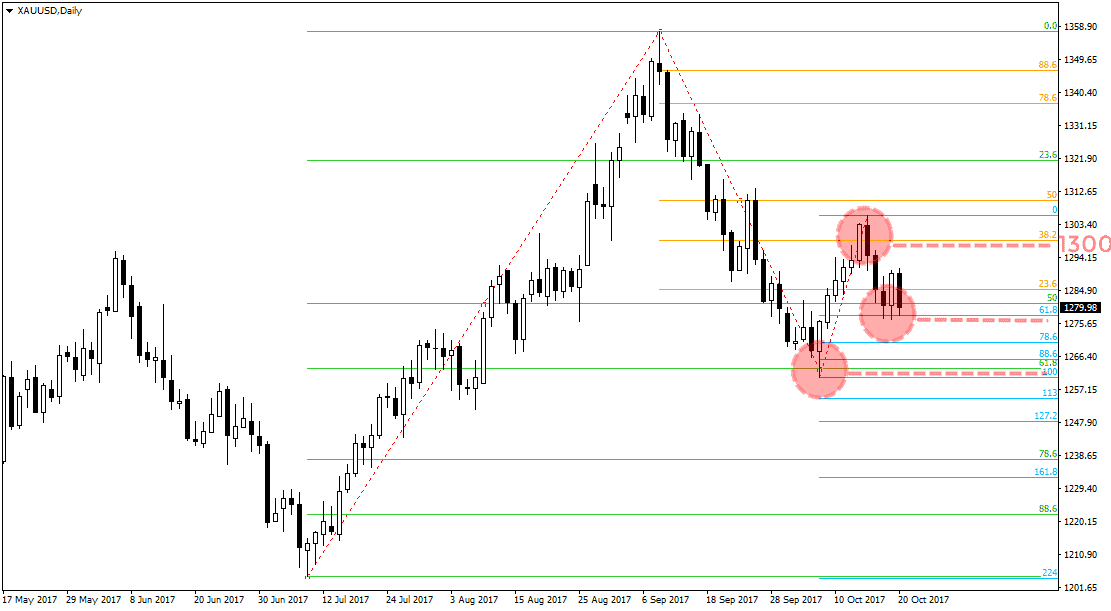 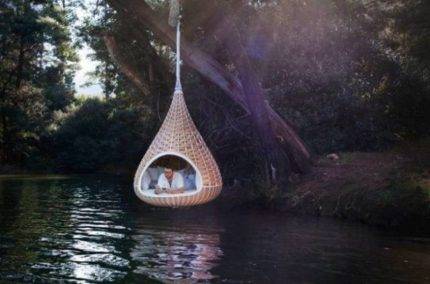 Gold is traded around the clock, on stock exchanges around the world, but London and Zurich are considered the main centers. At 16:00 Moscow time, trading opens, which can be determined on the chart by a sharp increase in volumes . 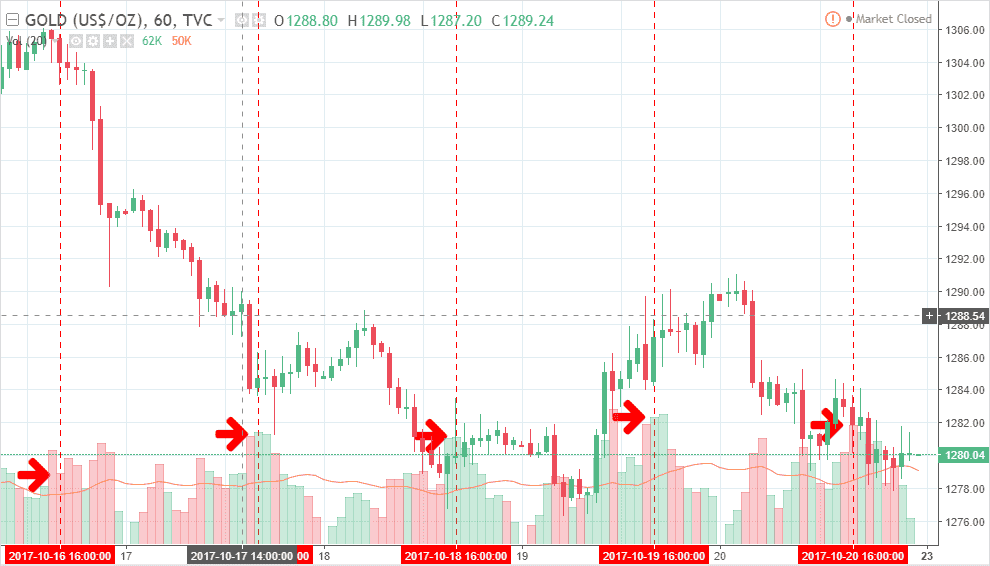 An important point, always pay attention to the appearance of the candle. First, the body of the candlestick should make up most of its overall size. Secondly, a bullish candle should close in the upper half of the candle, and a bearish one in the lower half. This will be a sign of steady momentum.

Also, be sure to pay attention to the news , since at about the same time they come out on the US dollar, so after entering a position there is a possibility of a strong price shift. If important news comes out during the transaction period, it is best to either reduce the expiration time to half an hour, or not enter the market at all.

Examples on the chart 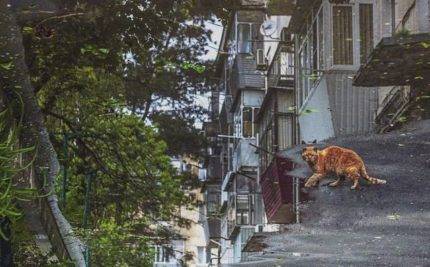 If the candlestick body is small and does not have a clearly directed impulse, we do not enter the market. That is, the market itself has not yet chosen the direction of further movement, but we just need the prerequisites for the formation of a trend . You can tell by the small size of the candlestick and the large shadows. 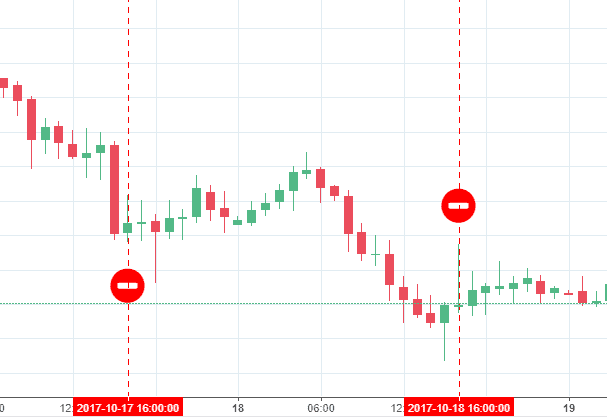 Here the signal candlestick marked with a vertical line opened almost at the very bottom and closed near its maximum – a sign of a strong upward impulse. A similar candlestick at the London opening is a good sign for continued movement. Expiration in 1 hour is almost always sufficient. 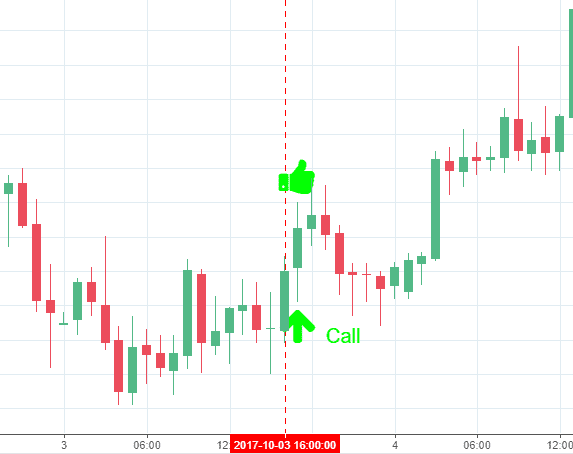 If the signal candle is bearish, enter a bearish trade. Open the Put option immediately after the opening of the session . The expiration time is the same – 1 candle of the hourly chart. 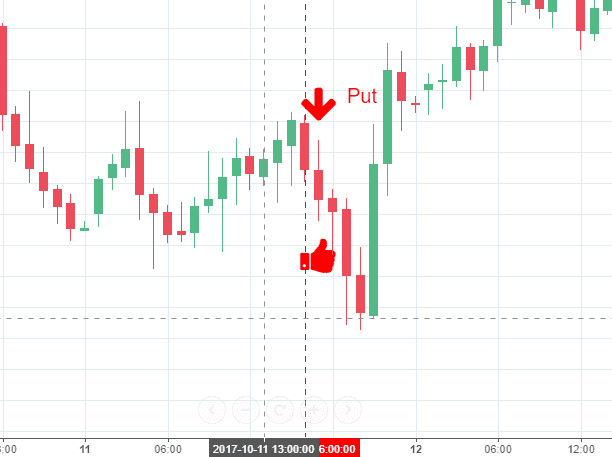 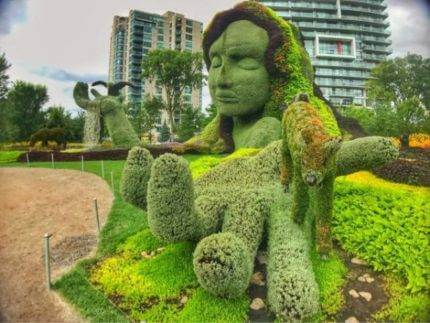 It should be borne in mind that gold, for the most part, has lost its “safe haven” status, and no longer gives the feeling of security that it did before. In turn, technical analysis has worked and will work, which allows us to make money on gold regardless of whether its value rises or falls.

How useful is the publication?

No ratings yet. Place a rating first.

0
() In this article, we will consider 11 trades on the unique Massaniello system

0
() In this article, we will look at How to trade Binary Options on

0
() In this article, we will look at How to Apply Pivot Points in

0
() In this article, we will consider Pin Bars and Binary Options – a